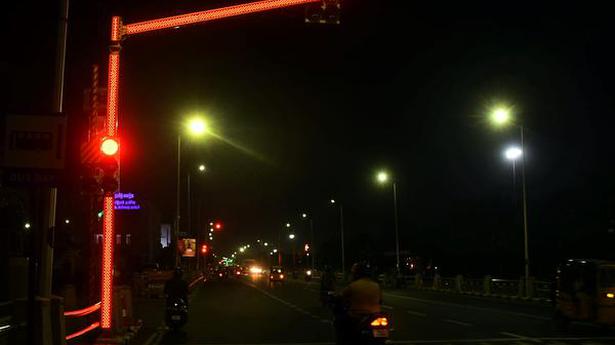 A couple of months in the past, the LED pole was put in on the Gandhi Statue sign on Kamarajar Salai. Following suggestions from motorists, the police have now put in illuminating poles at Kannagi Nagar, Vivekananda Illam, Labour Statue on Kamarajar Street and close to Central Railway station

A senior police officer mentioned, “ These alerts will make be sure that motorists can see the sunshine from a distance. In contrast to the traditional sign poles, your entire LED poles might be vivid. It is going to additionally add magnificence to the street. In future, we could prolong these to additional areas.”

Govt. to think about ₹200 crore demand for Kittur authority